Home Uncategorized MOTIVATIONAL MOVIES/WEB SERIES FOR IIT JEE STUDENTS
Facebook
Twitter
Pinterest
WhatsApp
You don’t just have a story – you’re a story in the making, and you never know what the next chapter’s going to be. That’s what makes it exciting—Dan Millman
Life is full of surprises. And when it comes to JEE, you never know what’s waiting for you around the corner. Imagine being surrounded by exam invigilators who play slowed-down games of “chicken” in the aisles? Let’s not even mention the infamous exam toilet scenes. And why are we discussing this? 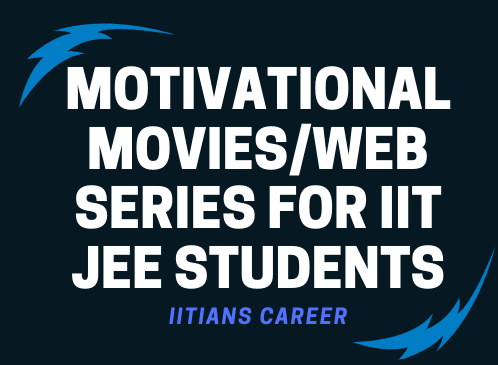 Well, today, we have decided to share some JEE movies with you—some heart-wrenching, some funny, some unimaginable ones, some personal, some heard of. Some of them may not fit into any category, but we can’t help but share them with you. Without much ado, let’s get started.

TVF is creating a web series, revolving around a 16-year old trying to make it through the maze of competition and accomplish his dream.
The teaser pans through a temple where students have written their wishes to clear the exams and be a part of the prestigious IIT colleges of India, also show the hoardings of various coaching classes across the city. The show will take viewers on a journey where students try to balance their life and competition. Presented by Unacademy. The season 1 of this series has got amazing response even I am waiting for the season 2. And the director has confirmed that it will come soon. 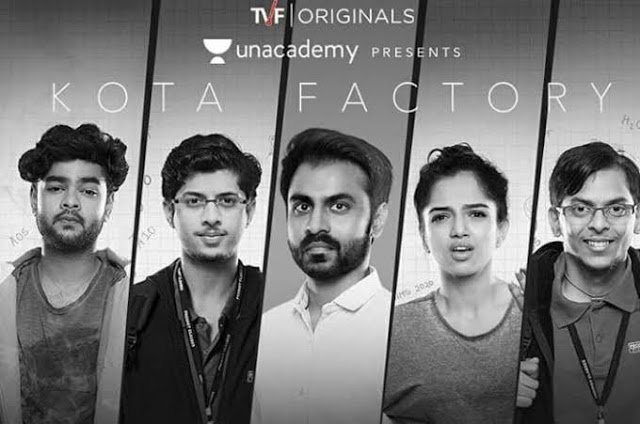 A sitcom set against the backdrop of the high-pressure world of competitive engineering exams, the series follows the misadventures of six frenemies from diverse backgrounds coming to Kota with one dream: to top the IIT entrance exam! Whenever you get bored with the preparations of IIT and want a recharge, watch this it is full of fun and entertainment. 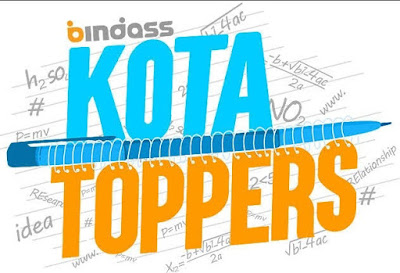 Almost everyone has seen this movie more than once. Any engineering student can relate to the elements used in the movies; friendship, family, love, the strict director, lectures etc. This one is a must-watch! 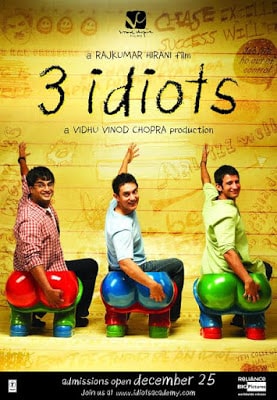 Another inspiring movie and a critically acclaimed one is Udaan. It’s a story that will give you a reel feel of real life. A lot of engineering students would relate to this movie since almost half of the students try to pursue engineering as a result of peer pressure. The movie will inspire you to chase your dreams despite the hurdles of your life. 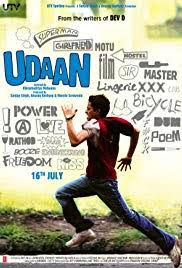 Aakash is planning to study commerce in Raipur. His father has different plans for him. He sends Aakash to an IIT Coaching institute far away from Raipur. Aakash reaches there to discover it’s a whole different world and he is a misfit. Any IIT aspirants can relate with this Web Series! A beautiful story you would definitely love it. Highly recommend. 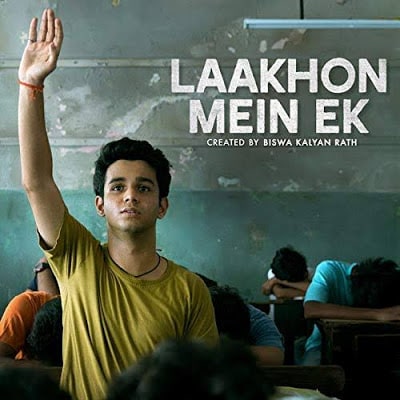 Most of the engineers and engineering aspirants must watch this movie. This movie is based on the life of Mark Zuckerberg, who went on to become the world’s youngest billionaire. The movie depicts how ideas can change a man’ life and how important it is to pursue your dream. 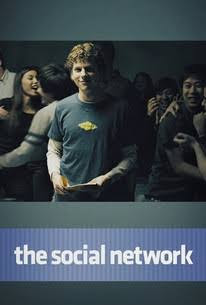 The movie 21 is about a bright student who is left to fend for himself and how he managed to pay his college fees by showcasing his skills in code talk and hand signals on a trip to Las Vegas. The movie is based on a true story and is highly inspiring. 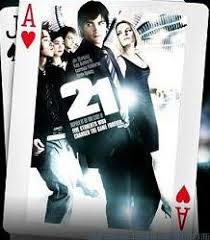 Batman series is about being good or bad. It depicts situation and circumstances under which the conscience of an honest person can go for a toss and he can be entangled in all sorts of evil. It is a very inspiring movie and at the same time filled with breathtaking action scenes and chase sequences which will freshen up your mind and rejuvenate you. 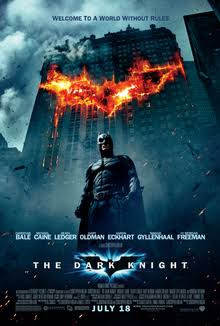 The plot of this movie revolves around a person named Will Hunting, who is a caretaker at MIT but has a gifted mathematics-solving skill. With the help and support of a psychologist, he tries to find the meaning of life. The film will inspire students to explore and identify their capabilities in order to discover the hidden talents that they have. 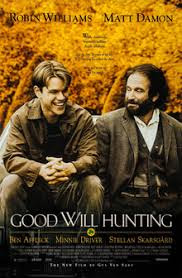 10. The Pursuit of Happiness:-

The pursuit of Happiness is based on the real-life of a well-known and successful entrepreneur, Chris Gardner. The movie depicts the journey of the latter from being a homeless hungry man to the wealthy owner of a brokerage house.

The movie can excellently teach you, how hard work, a strong will power, perseverance and determination can do wonders for someone. The best lesson to learn from the movie is that no matter how hard things get, one must never- ever give up. 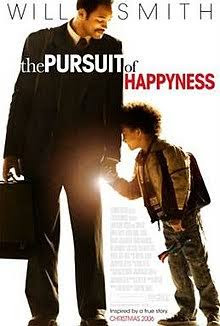 This movie has now become one of my personal favourites. Initially, I presumed the movie would be over-exaggerated throughout the whole film as the first time jump seemed unexpected and exaggerated itself. I was not prepared for how hard this movie hit my core. As someone who has been diagnosed with mental illness, the depiction of it was done quite well. Throughout the whole movie was it not once romanticized, thank God for that. The acting proceeds excellence as well. I felt the emotions of each character in such a personal way. Essentially, this movie and its concepts have left me with a weight in my heart and tears in my eyes. I’m extremely glad I took the time to watch it and if you’re reading this, please do; you will not regret it whatsoever. 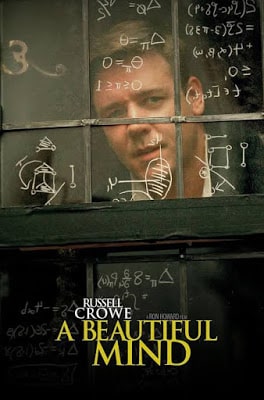 The story of the life and academic career of the pioneer Indian mathematician, Srinivasa Ramanujan, and his friendship with his mentor, Professor G.H. Hardy. A really motivating movie for all IITJEE aspirants. 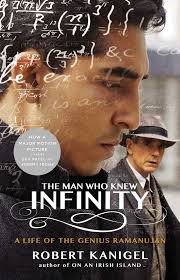 13. The Theory of everything (Stephen hawking):-

Stephen Hawking, an excellent astrophysics student working on his research, learns that he suffers from motor neuron disease and has around two years to live. The best movie for motivating you to study harder for your Dreams. 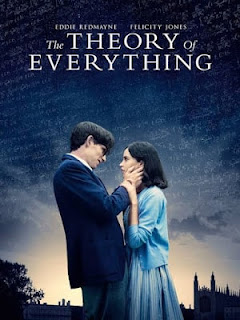 Based on the life of the brilliant British Mathematician, Alan Turing, the movie features his efforts to break the Nazi Enigma Code through a machine which eventually paved the way for modern-day computers.
It requires something unimaginable to work out the 159 million possible ways to break the Enigma Code and save lives, which would otherwise become casualty figures in a great war – and the movie has beautifully captured this. The movie gives you an idea of how AI and Computers can be helpful for mankind. A must recommended movie on my behalf. 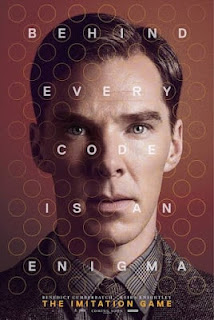 ☆ JUST WANT TO SAY, PLEASE SHARE THE BLOG AS MUCH AS POSSIBLE, SO THAT IT COULD HELP OTHER MILLION OF IIT-JEE/NEET ASPIRANTS…..

HOW TO SCORE IN JEE MAINS IN 3 MONTHS